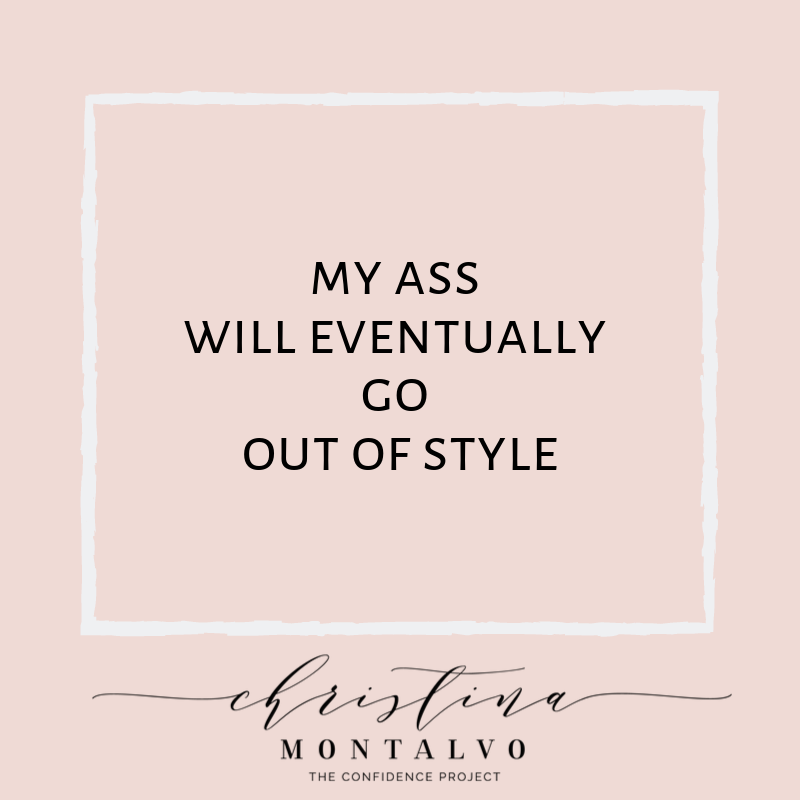 I used to want skinny legs that didn’t touch- it’s what was in for so long. I wrapped my legs in Saran Wrap and spent 2+ hours a day on an elliptical. Because the world told me I needed a thigh gap in order to be pretty.

Then thick legs and a big ass became the gold standard, and without really having to try, one part of my body was finally more acceptable.

The world *decided* thin legs were better- I was miserable and willing to suffer to feel *I* was acceptable. Then the world changes its mind and I’m allowed to feel ok now? I’m allowed to have the legs I was born with? Thanks? I guess?

LISTEN: Your body is not something to grow or shrink in accordance to what the world wants to see.

You’re killing yourself to get some “body” that the world told you was OK. And then when the tides change, you’ll do it again. Like a dead fish in a current, you blindly succumb to the external pressures just to fit in to some arbitrary mold sold to us as “worth.”

Ain’t that some BS?

My ass literally isn’t going anywhere- even if I tried. My legs will always touch. My calves will always need to SHOVED into boots. When the world wants a smaller ass from me, they’re not getting one. Because I quit. I quit a long time ago.

Body confidence isn’t a permission slip handed to you by a society that will rip it away again.

Body confidence is an act of rebellion for women who are sick of being told to sit quietly and look pretty.

Diet culture is this century’s “barefoot in the kitchen”- and the women dropping out are the women who wouldn’t have been caught dead squeezing orange juice for their husbands in an apron.

You gonna boss up out of this or sit there and squeeze OJ?